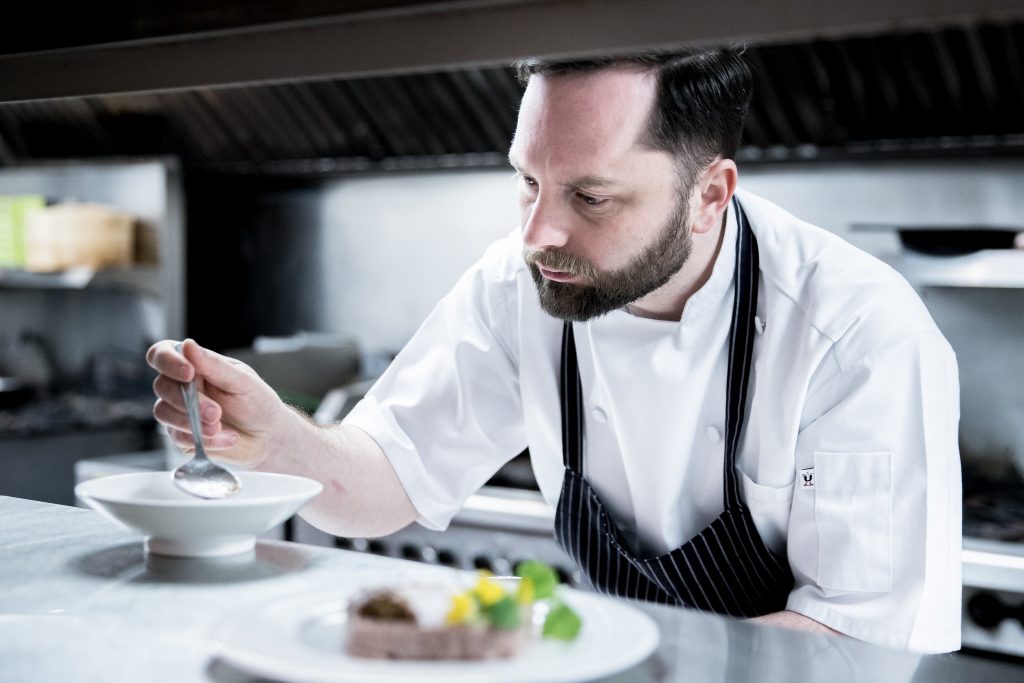 Vancouver Island is fast becoming a national culinary powerhouse, and no wonder — it boasts a remarkable bounty of fresh, local produce.

Is there something in the water? The soil? The air? Or simply the kitchens?

Whatever the magical ingredient is, it seems that Vancouver Island — from Victoria to Tofino to the surrounding Gulf Islands — has suddenly become a national culinary powerhouse.

In comparison, foodie Vancouver had just one on the list, chef JC Poirier’s nostalgic temple to butterfat, St. Lawrence. (The winners will be announced on Oct. 25, canadasbestnewrestaurants.com.)

Lest you think this is an aberration, just glance back at the last few years: To 2016, when Victoria’s Agrius came in at No. 4 overall; 2015, when tiny Pilgrimme on Galiano Island was No. 3; and 2014, when Tofino’s Wolf in the Fog took first place in all of Canada. That’s a lot of recognition for an area with only about two per cent of the nation’s population.

So just what’s cooking over there across the Strait of Georgia?

Escape from the city

“It’s a sign of the times,” says Paul Moran, executive chef of 1909 Kitchen. “People are moving out of the big city and spreading themselves across the province.”

As in so many other industries, Vancouver’s astronomical real estate prices are driving talented young chefs out of town to smaller, more affordable communities. Chris Whittaker, formerly of the Listel Hotel’s Forage and Timber, is just one. He recently packed his knives and headed off to Quaaout Lodge in the Shuswap, where he can hunt, forage and raise his young family in a beautifully bucolic setting.

The island, though, has a special draw beyond budget-friendly accommodation. It also boasts a remarkable bounty of fresh, local produce that presents a delicious palette for a creative chef.

From the Saanich Peninsula and Cowichan Valley in the south to the Comox Valley in the north, almost everything grows on or around the island: dairy, poultry, lamb, orchard fruits, berries, vegetables, wine grapes, even exotica such as lemons, olives, kiwi fruit and tea leaves.

Moran adds, “All the different micro regions on the island and the different ingredients they produce, whether it’s east coast or west coast, are definitely what appeals to me.”

Vancouver Island’s culture has long been influenced by its British colonial history. That meant you could always find a decent bowl of chowder or basket of fish ‘n’ chips. But good luck finding other ethnic dishes, let alone the nouvelle cuisine that was so fashionable elsewhere in the 1960s and ’70s.

Back then, Victoria had Pagliacci’s for kitschy pasta, the Empress for fancy roast beef dinners, Ming’s for Chinese, and countless tea rooms serving a proper afternoon cuppa. Up island was a bit of a culinary wasteland.

In 1979, Sinclair and Frederique Philip opened Sooke Harbour House, a.k.a. “Chez Panisse north,” where they served shellfish from the waters off the Whiffin Spit, chickens raised by the neighbours, wild mushrooms foraged from the forests, and a confetti of edible flowers plucked from their own gardens.

In 1984 John Mitchell and Paul Hadfield opened Spinnakers, Canada’s first brew pub, in the Victoria suburb of Esquimalt. They designed it to be a welcoming “public place” where guests could enjoy good food, good beer and good company — a marked departure from the sadly punitive drinking dens typical of the 1970s and ’80s.

Then in 1996, the Wickaninnish Inn flung open its doors on Tofino’s Chesterman Beach, and head chef Rod Butters sent his hapless apprentices cycling down to the docks for fresh crab and prawns, confident he could serve Relais & Châteaux-worthy food in the wilderness.

These three establishments proved not only that chefs could create world-class cuisine from local ingredients on Vancouver Island, but that people would travel from all over the world to enjoy it.

A community of eaters and cooks

Today the island boasts ingredient-driven restaurants in just about every community from Port Renfrew to Port Hardy, as well as dozens of food artisans, wineries, breweries and distilleries making delicious things from local produce.

But just as important as the ingredients that come from the sea and soil are the people who transform them into food and drink.

“I think we have a real movement of chefs and other hospitality professionals really embracing what we are,” Harris says.

“We have a lot of creative people who love being here and can do a lot of captivating food.”

It helps that the Island has such a strong, supportive food and drink community, which comprises, among others, the prestigious culinary arts program at Vancouver Island University, the Island Chefs Collaborative connecting chefs with farmers and food artisans, and North America’s first Slow Food Community, Cowichan Bay.

“The kind of people that are drawn to the island are open-minded when it comes to food, and really care where ingredients come from. It’s great,” Moran says.

And Vancouver Island’s food scene is still evolving, with the long overdue arrival of Asian and other world cuisines, as well as a general elevation in culinary skills, thanks in part to the availability of chef tutorials online.

A local secret no more

“To be included in the top 30 is an honour and a nice pat on the back for all the hard work we’ve done with the opening,” says Moran, who previously cooked in kitchens all over Europe and at some of B.C.’s top heli-ski resorts. “It’s a big morale booster.”

Longtime visitors to Tofino might remember 1909 Kitchen as that slightly dodgy pub on the waterfront. Today, it is coolly modern, with stunning views of Clayoquot Sound from its floor-ceiling windows. At its heart is a wood-fired oven where Moran roasts everything from pizzas to crispy cauliflower to tender, miso-glazed black cod.

“It’s ingredient driven,” Moran explains. “We try to work with high-quality products and not over-manipulate them.”

As for Harris, this is not his first dance with the awards: he was opening chef de cuisine at Agrius when it earned its Top 10 nod in 2016. But when the Magnolia Hotel decided to bring its restaurant in house and transform it into an elegant fine-dining room, Harris jumped at the opportunity to return to his roots in white-tableclothed hotel restaurants.

“I always loved that start-to-finish experience of how far you can go with fine dining … to really transport someone through the level of service and the quality of the food,” he says.

He’s delighted by the nomination, and the affirmation it brings to his “classically modern” cuisine that travels from house-cured charcuterie through to perfectly miniature mignardises.

“It’s a lot of validation,” Harris says. “And it will mean a lot of cool people will walk through the door.”

By Paul Moran, executive chef of 1909 Kitchen at the Tofino Marine Resort.

Slice albacore tuna into 1/2 oz (15 g) cubes (you should have about 20 similarly sized cubes). Toss with white soy and chives, cover and chill until ready to serve.

In a blender or food processor, blend together the nori and mayonnaise until it creates a smooth aioli. Store in a piping bag with a round tip and chill until ready to use. (Note that this will make more than you need; reserve the rest for garnishing other Japanese-flavoured dishes.)

In a deep-sided fry pan, heat the canola oil to 325 F (160 C) and quickly fry the shredded phyllo until it is lightly golden brown, about 1 to 2 minutes. Remove from oil and drain on absorbent paper.

To assemble: Remove daikon leaves from water and pat dry. Arrange on a platter. Place a dot of the nori aoli in the centre of each leaf. Add a piece of dressed tuna and a piece of torn shiso leaf. Finish with crispy phyllo and serve with a lime wedge.

Bring water, salt and lemon juice to a simmer at 175 F (80 C) and pour over shrimp. Poach for 2 minutes, then, using a skimmer, remove shrimp from cooking liquid and plunge into ice water. Cool for 5 minutes, then strain and pat dry with a kitchen towel. Chill until ready to serve.

Make shrimp oil: Place shrimp shells on a baking sheet and roast in the oven for 10 minutes.

Heat olive oil in a sauté pan over medium heat. Add shrimp shells, paprika and sliced garlic and lightly sauté for about 5 minutes, until shells are pink and garlic is fragrant but not browned.

Transfer mixture to a high-speed blender and purée for 2 minutes on highest speed. Strain through a coffee filter and leave to cool to room temperature.